Dave Peterson was a reporter for the Vallejo Times-Herald.

On July 3, 1978, Peterson wrote a letter to Bud Kelley of the Riverside police.

In this letter, Peterson outlines some of the reasons why he believed that Sullivan

was worth investigating as a suspect for the murder of Cheri Jo Bates and the Zodiac killings.

See the letter below: 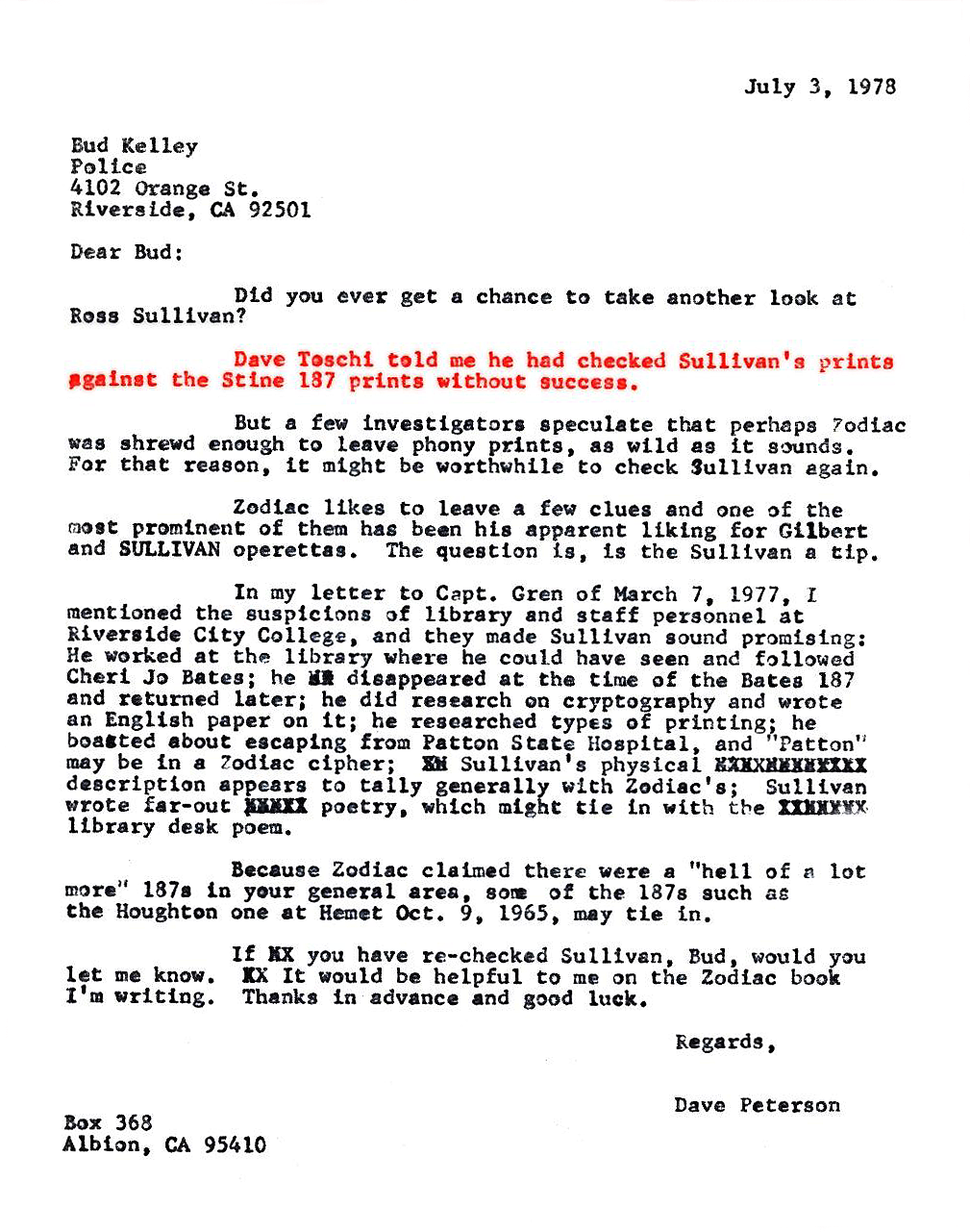 Take note of the writing in red:

 "Dave Toschi told me he had checked Sullivan's prints

against the Stine 187 prints without success."


Toschi said the prints did not match.

Yet he did not say why.

have leapt to the conclusion

that because the prints did not match,

that Sullivan was not Zodiac.

After looking at the evidence, I do not share this view.

According to Jake Wark:

and one lower finger or palm were found in and on the cab.

Found on the passenger's side front door handle, the finger/palm print

was relatively clear and crime lab technicians believed it was left by the killer,

though the possibility exists that one of the police, firemen,

or lab technicians at the scene could inadvertently have left it. "

" Certain other prints, none of such clarity, were actually left in blood,

and 'are also believed to be prints of the suspect,'